In a large number of fantasy works, both in literature and gaming, there is a common narrative of some larger positive force pitted against some larger negative force. In many instances this is good versus evil, or chaos versus law. This ideology is pervasive enough that even when most try to step past it, they do so in a way that looks at the conflict from another angle, such as the antihero. In most cases, but especially gaming, this is often done to provide a certain ease of moral complication. If all the conflict a group faces can easily be seen as evil, those who experience the tale, or game, can more easily navigate the questions of morality which arise. This is also true for those games who seek to look at things from a villainous stand point. However this is not the reality of conflict as it is experienced within the real world. Morality can easily change depending upon the point of view of the witness. To a deer, a wolf is a monster, the personification of fear and evil. Yet to that wolf’s pups, the wolf is a hero and provider of continued life. In the real world, good and evil or law and chaos, are not so easily labeled. (Continue below) 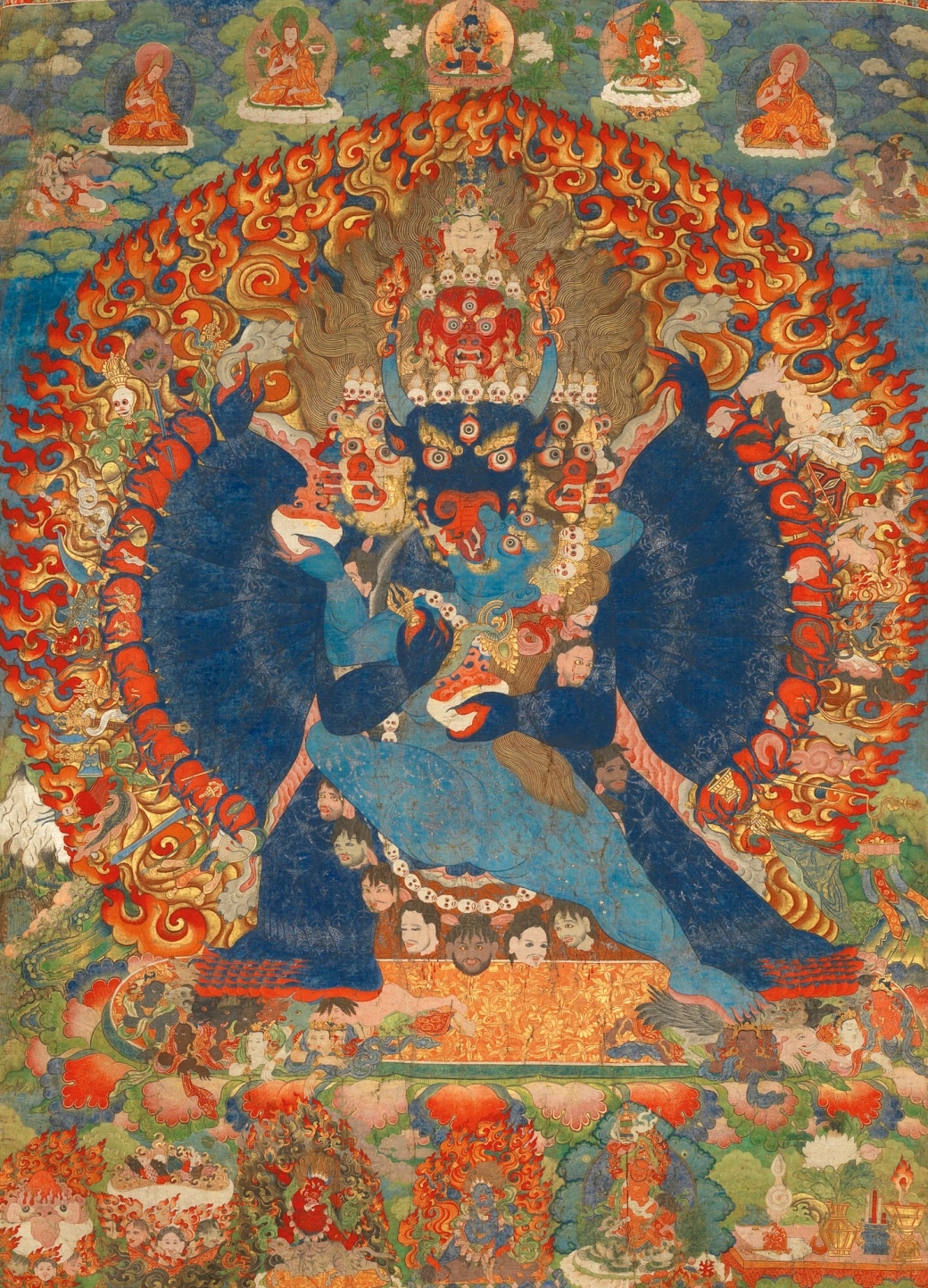 In Faerie Tales & Folklore, the primary conflict is different. In the presented setting, there is a struggle between the mundane world we know, and the Otherworld most of us will never perceive. This conflict will breed both good and evil on either side, as they engage in the eternal struggle to exist. In this setting, the world we know is preordained to be the triumphant power, thus resolving the mythology of history with the reality of the world in which we live. Players should be exposed to the consequences of this conflict and to understand what will be lost at its end. This predetermined fate should hang across history like an ever growing storm. The world of man will prevail and all that is myth will fade from the Earth. This is seen as neither good nor evil, but an evolution of the universe as a whole. The morality of the individual characters is of little importance in this grand and ever present battle.

In our own world, as in fantasy, we like the black and white simplicity of good versus evil. It provides a simple way to understand our experience. However, it is never so cut and dry, and the actors influencing the world on a large scale cannot, or should not, be seen in such subjective terms. Here, among humanity, good works along side evil often ignorant of its existence. Here, a “goodly” hero often commits terrible and ugly acts of evil to further what might be seen as righteousness. By example, many Romans truly believed they were bringing civilization to the barbarians of the world, and those same barbarians truly believed they were fighting for their freedom. Good and evil existed in both sides and were often blurred by the struggle itself. In the tales of Irish mythology, the Sons of Mil fought the Tuatha Dé for the right to live upon the land. Neither side was wholly “good” nor utterly “evil”, they were simply in conflict. It is in that last example we find a bit more truth, conflict itself is often the source of a perceived moral dichotomy. An individuals idea of which side of that dichotomy they are on is often driven more by which side of the conflict they are loyal to rather then the morality of the conflict itself. Most of us wish to believe we are on the “right side” of morality, in fact, many seem to require that feeling to such an extent they force it upon those around them. These ideas are the basis of the conflict of Faerie Tales & Folklore, and these are the reasons the concept of alignment has not been covered within its pages.

It is my hope, as the game’s designer, that both players and narrators will explore this conflict in ways not common within many roleplaying games. I attempted to create an environment where there would be a sense of loss and consequence no matter which side was chosen. In Faerie Tales & Folklore, the humanity we are all part of will triumph, but in so doing, we will lose all wonder and magic. As the ages progress, the influence of the Otherworld and its spirits will slowly be cut from our reality and we will be alone with the rest of the animals. This conflict should force decisions of great evil and heroic good. Where both sides of that dichotomy work with one another, often without the knowledge of either. It is within the conflict between the mortal, mundane world and the  wonder of the Otherworld that I set the stage of the setting itself. It was this conflict that allowed me to keep the world of men from needing to be good at everything to maintain dominance. It aided in a more reasoned differentiation between the playable species, and created a viable dynamic which provided a unique usefulness for each. This same dynamic is why Faerie Tales & Folklore acknowledges no actual gods, for to do so would destroy the balance between the mundane and the otherworldly.

A great deal of thought as been placed into the cosmology and its interaction within the setting presented. I felt it was important to have the mythic elements resolve themselves over time within the context of a historically based game. Magic, otherworldly creatures, and impossible lands are not truly facets of our universe. They are however common facets of our fantasies and mythology. Providing a reason why the world we know is the way it is compared to the fantastic elements of our oral and literary tradition, adds to the believability of the game. Some may not see the need to resolve such elements, they may state that “it is fantasy after all”. I felt such resolution to be important, and considering its benefit in avoiding many of the good versus evil tropes prevalent in gaming, I hope potential players and narrators will come to the same conclusion.